The complex of San Firenze is one of the rare examples of baroque style in the center of Florence. The Music Room, to the right of the complex (in the ceiling, fresco of the Assumption of the Virgin by Giuliano Traballesi, 1775), is surrounded by boxes in exedras inside and along the side walls, supported by elegant Ionic columns. It is choirs  that are reminiscent of the main function of the environment, where the Filipinos fathers devoted themselves especially to the singing of hymns. The oratory was thus a sort of auditorium for sacred music which, according to the precepts of St. Filippo Neri, was the primary occupation of the fathers, which is why they were also called “oratory”. 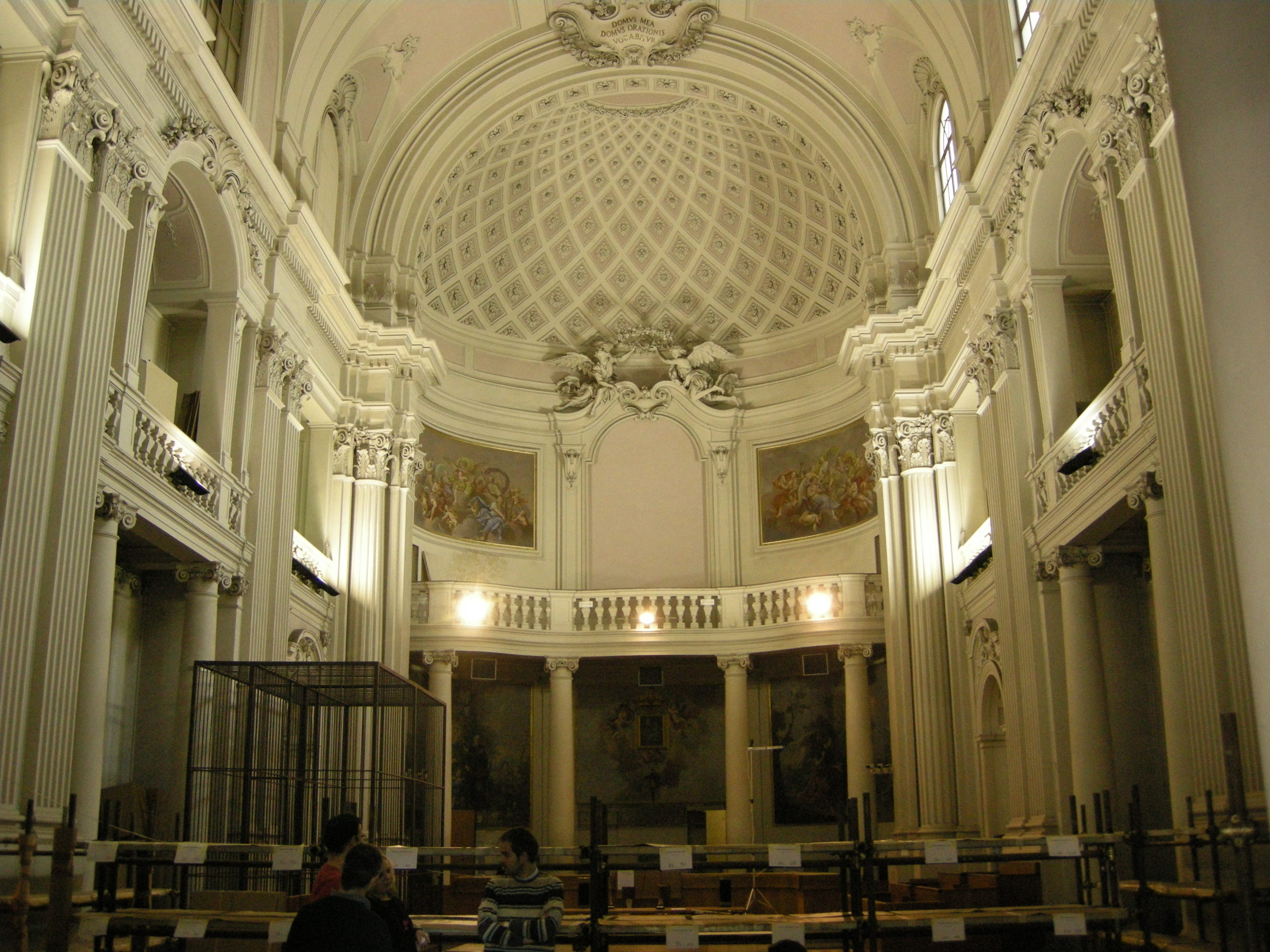