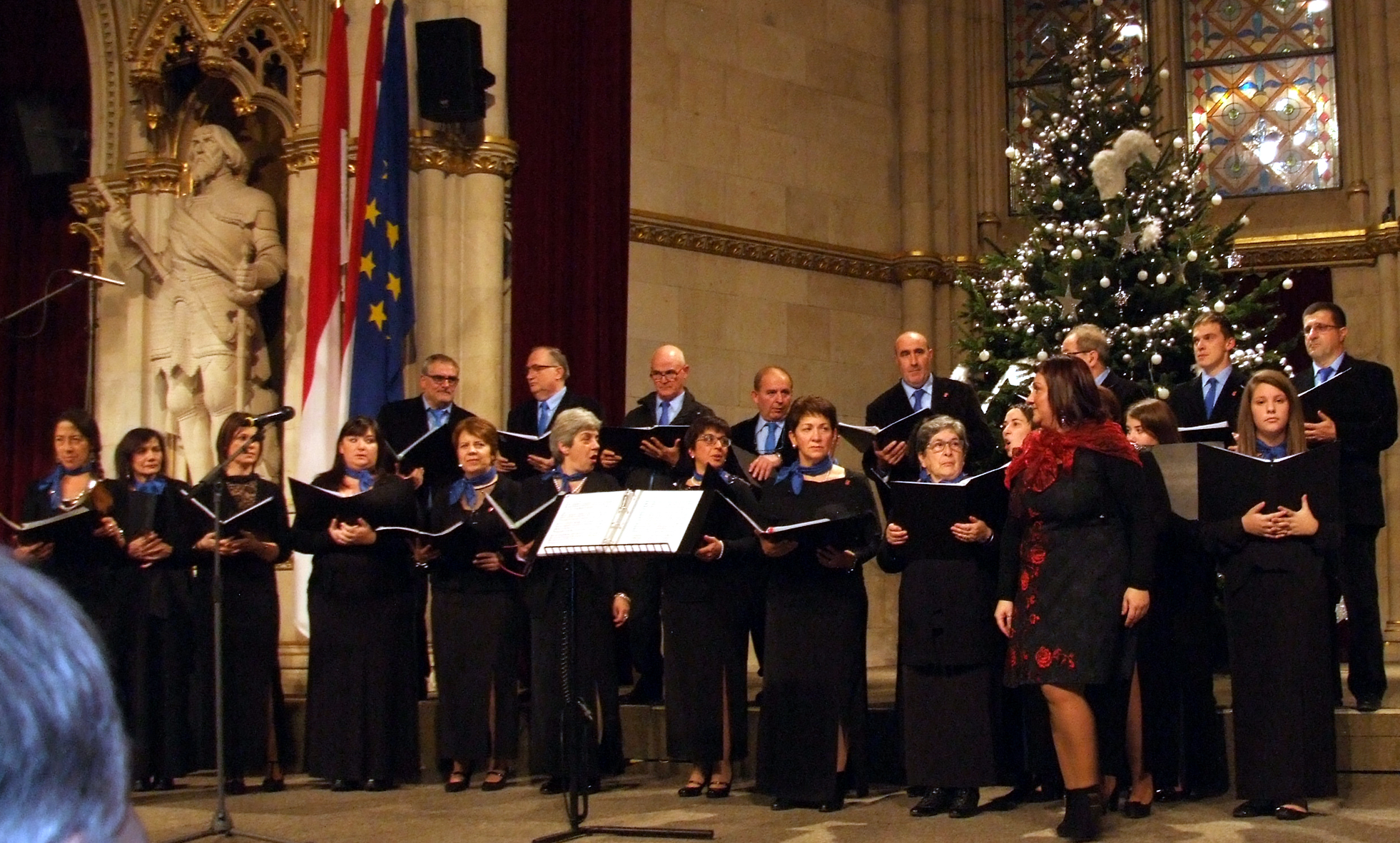 The Associazione Corale Polifonica di Bortigali (Italy), born as a female training in November 1997 for initiative of a group of girls, has become mixed polyphony in the following year. It currently consists of about 32 singers. The repertoire of the Chorale ranges from the polyphony of classical authors (Verdi, Mozart, Bach, P.L. Palestrina, and others), religious songs, typical Sardinian songs and revision of pop music. Under the guidance of Cinzia Falchi, who has great professionalism and experience. She has been singing since 1998, and has always paid great attention to the interpretation of the songs and to the care of the execution. The Chorale has been appreciated in all performances that have seen her protagonist in various manifestations; among the most recent, the participation in the 15th International Olbia sacred singing and twinning with the Folk Choir “La figlia di Jorio” of Orsogna, the participation in the “CastellIncantati” choral show, edition 2014, Castelgaldolfo – Ariccia and in November 2015 in Vienna.

The Cafella Vocal Group (Guatemala) was formed in September 2011, seeking to open a new space on the Guatemalan choral stage, with an a cappella proposal full of harmony, diversity and singers whose musical career began fifteen years ago, in the National Children & Youth Choirs of Guatemala (Corodemia). After their first public appeareance in December 2011, they continued with performances in local stages. By November 2012 they were chosen to participate in the 5th. International Chamber Choir Festival of the State of Mexico, sharing scenario with choirs from Venezuela, Ecuador and Brazil. In October 2013 they were invited to the first edition of “Telar de Voces”, an international choral festival in Costa Rica. In 2014 they opened concert for Guatemalan Latin Grammy winner, Gaby Moreno, as part of her Christmas album release season. During their fifth year, Cafella Vocal Group recorded their first demo song on its own arrangement for the “Can’t Hold Us” theme, by the famous rapper Macklemore. They also participated in the reenactment concert “Misa a Cuatro Coros” by Sebastián Durón, for the 300 year’s commemoration of the Metropolitan Cathedral in Guatemala City. By 2016 two new members joined the project, strengthening the group’s musical style. Cafella Vocal Group aspires to fulfill in 2017 one of its most ambitious dreams, to reach outer fronteers at a competition level, sharing their passion for a cappella music. 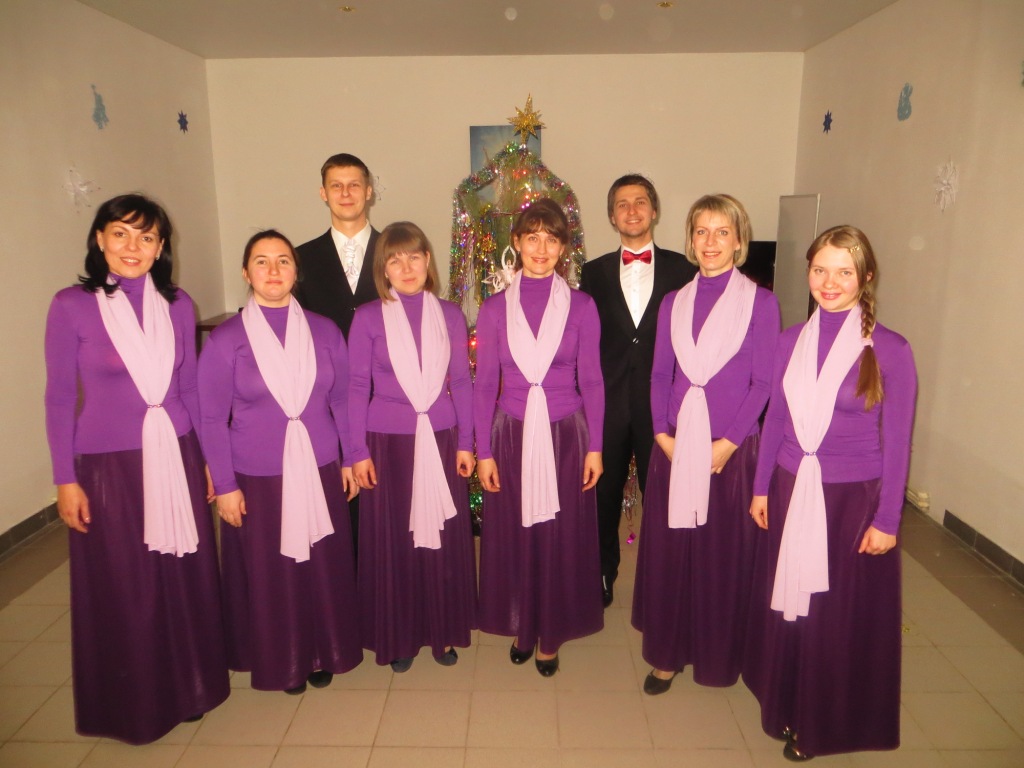 The Church Icon of Smolensk Mother of God (Russia), was formed two years ago to attend divine services at the parish in honor of the Smolensk Icon of the Mother of God. The choir members are not professional singers. The head of the choir is Ekaterina Kozlova. In 1997, she graduated in the cello (class teacher LV Volkov) from the Shostakovich Music School № 1. In 2000 – the regency (conductor) department of the Samara Theological Seminary (teacher AI Pakhomov). The choir’s repertoire includes spiritual music, works of foreign and domestic classical composers, interpretations of folk melodies and works of contemporary composers. The choir takes an active part in regional concerts and festivals. In January 2017 the ensemble performed in a series of Christmas concerts organized by the Samara Diocese. In May 2017, the choir took part in the Interregional Festival “Easter over the Volga 2017”. The choir is distinguished by the coherence of all voices, softness of sound, deep understanding of the work, and emotional and expressive performance. 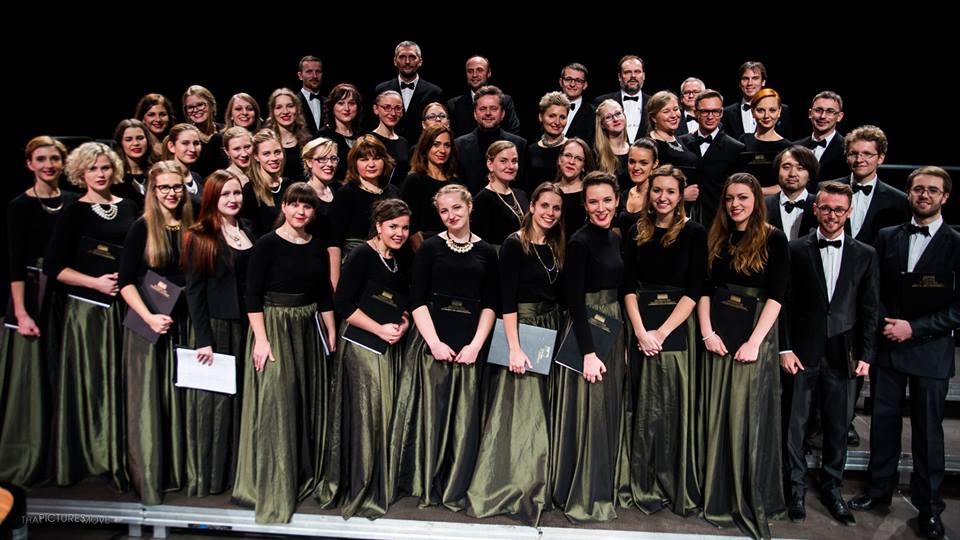 Gdansk University Choir (Poland) — one of the most valued university choirs in Poland. Founded in 1971 by the university authorities, it currently operates within the Alternator Academic Cultural Center. The Choir has participated in many prestigious music festivals and has won the world choir games in Busan, South Korea; Bremen, Germany; Xiamen, China and Riga, Latvia. The group has received top awards and grand prizes at international competitions in Poland and abroad. Additionally, the Choir has toured quite extensively — across China, Ecuador, the Balkans and Argentina, to name just the most recent concert tours. It has recorded 8 albums and taken part in 6 other recordings. For its artistic achievements, the Choir has been awarded a golden badge of merit of the Polish Association of Choirs and Orchestras. The Choir’s repertoire includes oratorios as well as Polish and foreign a cappella works of different music styles and periods. Additionally, the Choir’s accomplishments include the first performances of the following music works: 2005 – first performance of the Jan A. P. Kaczmarek’s Cantata for Freedom to celebrate the 25th anniversary of the Solidarity movement and the Gdansk Agreement, 2007 – Leszek Mozdzer’s Missa Gratiatoria for choir and jazz trio 2017 – Emigre – Symphony without End – the world premiere of the work composed by the Academy Award winner, Jan A. P. Kaczmarek The Choir has performed under the baton of the world-famous composers, such as Krzysztof Penderecki, Jean-Michel Jarre and Ennio Morricone: 2005 – The Space of Freedom concert with Jean-Michel Jarre to celebrate the 25th anniversary of the Solidarity movement and the Gdansk Agreement. 2009 – A concert with Ennio Morricone at the Gdansk Shipyard to commemorate the 29th anniversary of the peaceful political transformation in Poland. In the season of 2015/2016, the Choir prepared the songs of the Polish interwar period, newly arranged by Artur Jurek, in a stunning performance with elements of choreography and stage acting. Currently (since 2011), the conductor’s assistants are Aneta Majda – the PhD student at the Faculty of Choral Conducting, Church Music, Arts Education, Eurhythmics and Jazz of the Stanislaw Moniuszko Music Academy in Gdansk, and Maciej Jarczynski – the Choral Conducting graduate of the same university. Since 1992, prof. Marcin Tomczak has served as the conductor and artistic director of the Gdansk University Choir. 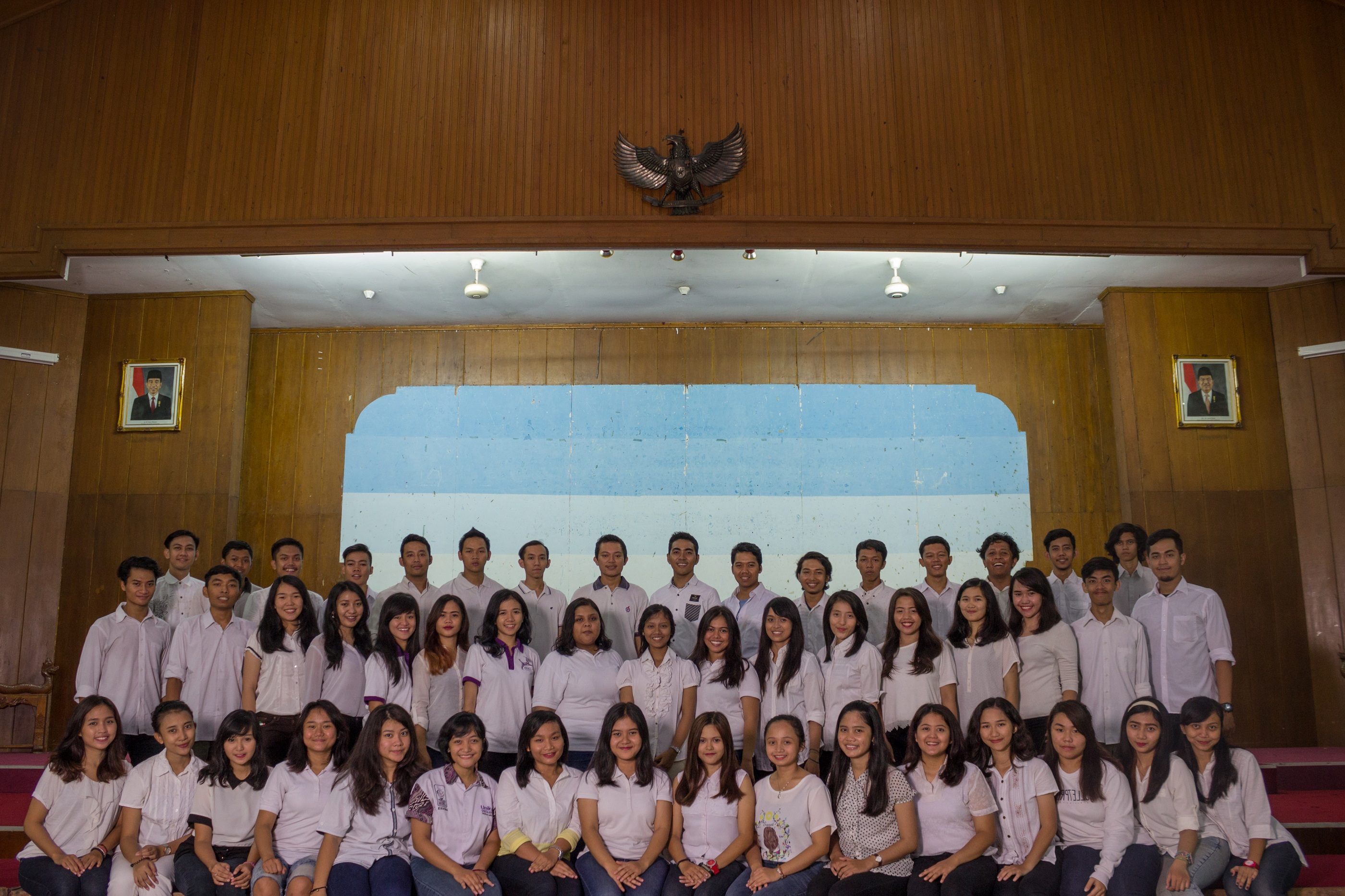