The Basilica di Santo Spirito is located in the Oltrarno quarter, facing the square with the same name. Interior of the building is one of the preeminent examples of Renaissance architecture. Filippo Brunelleschi began designs for the new building as early as 1428. The first pillars to the building were delivered in1446, ten days before his death. After his death in the works were carried on by his followers. Brunelleschi’s facade was never built and left blank. The church has 38 side chapels which contain a noteworthy amount of artworks. Michelangelo Buonarroti, when he was seventeen years old, was allowed to make anatomical studies on the corpses coming from the convent’s hospital; in exchange, he sculpted a wooden crucifix which was placed over the high altar. Today the crucifix is in the octagonal sacristy that can be reached from the west aisle of the church. 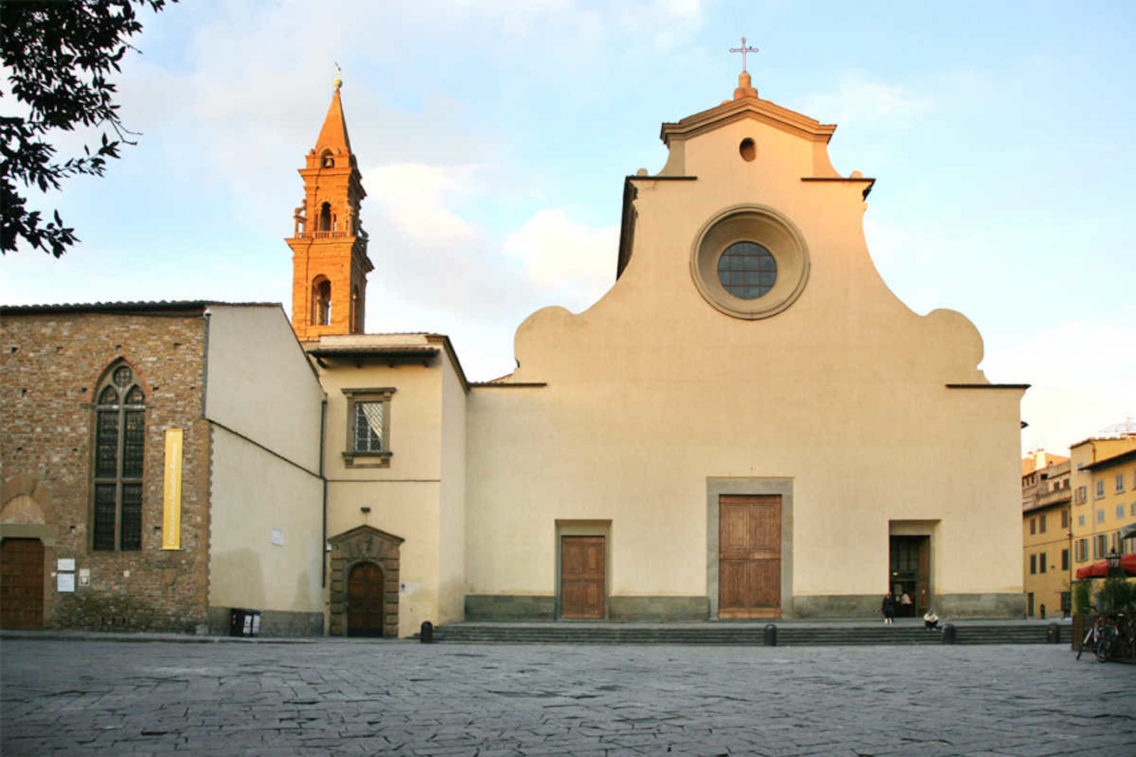