The Palace of Podestà or Bargello, was begun in 1255 by the Florentine ‘People’ for his Captain. From 1574 it was the seat of the Bargello or Captain of Justice. The patrimony consists in about 30.000 pieces among coins, tapestry, ancient weapons and other objects of art besides some statues of the XVI century. Sculptures of Giambologna, terrecotte of Andrea della Robbia, works of art of Andrea del Verrocchio, Antonio del Pollaiolo, just to mention some. Four masterpieces of Michelangelo: Bust of Brutus which is the ideal portrait of Cesar’s murderer, the marble Tondo representing Madonna and Child and St.Giovannino, L’Apollino and the Drunken Bacchus. Moreover there are shown: the marble statue of St.George, Young David in bronze, both by Donatello. 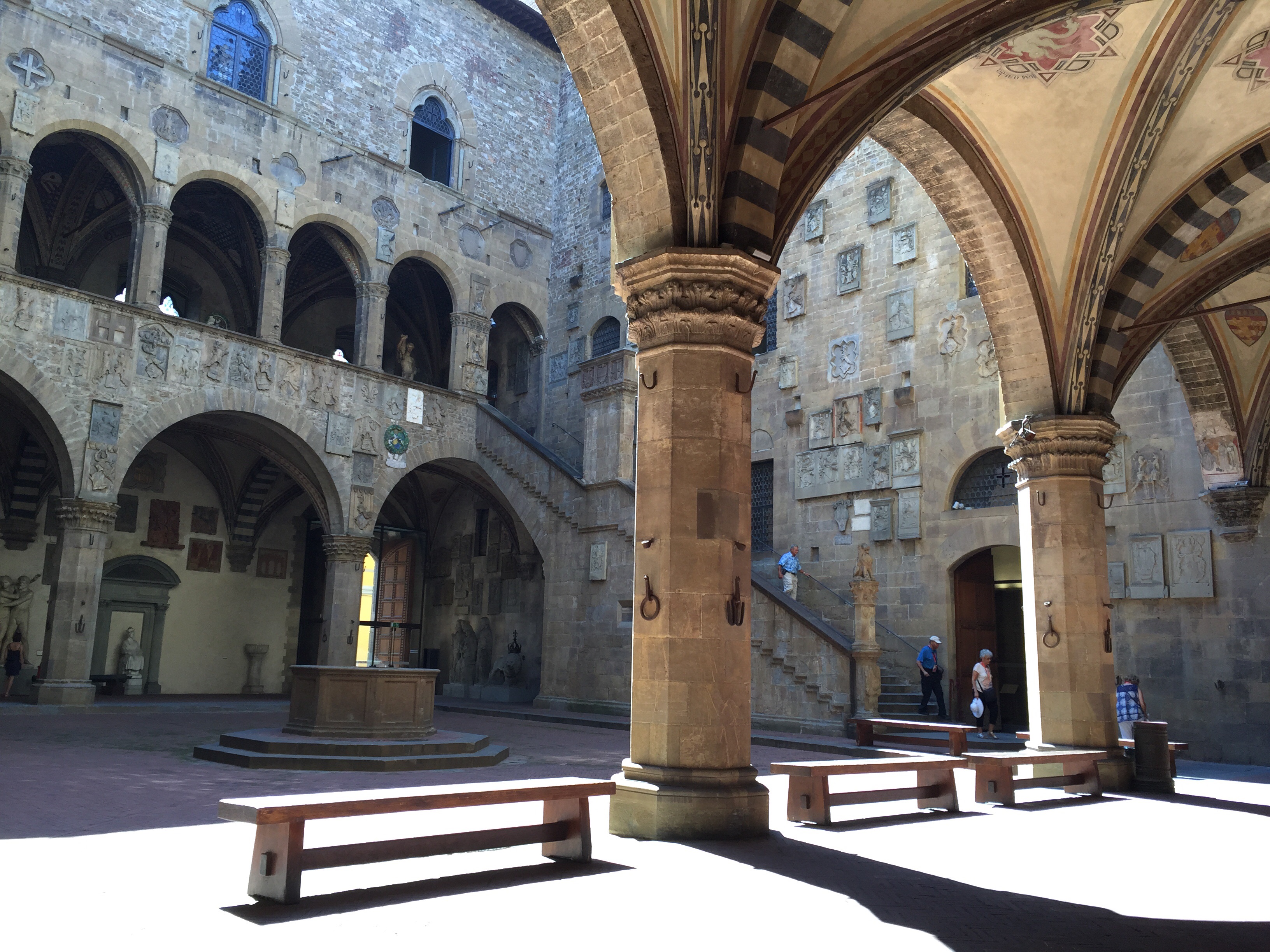