The Basilica di Santa Maria Novella was designed by two Dominican friars, Fra Sisto Fiorentino and Fra Ristoro da Campi. Building began in the mid-13th century (about 1246), and was finished about 1360 under the supervision of Friar Iacopo Talenti with the completion of the Romanesque-Gothic bell tower and sacristy. On a commission from Giovanni di Paolo Rucellai, a local textile merchant, Leone Battista Alberti designed the upper part of the inlaid green marble of Prato, also called “serpentino” and white marble facade of the church (1456–1470). He was already famous as the architect of the Tempio Malatestiano in Rimini. The Holy Trinity, situated almost halfway in the left aisle, is a pioneering early renaissance work of Masaccio, showing his new ideas about perspective and mathematical proportions. The choir (or the Cappella Tornabuoni) contains another series of famous frescoes, by Domenico Ghirlandaio and his apprentice the young Michelangelo Buonarroti. 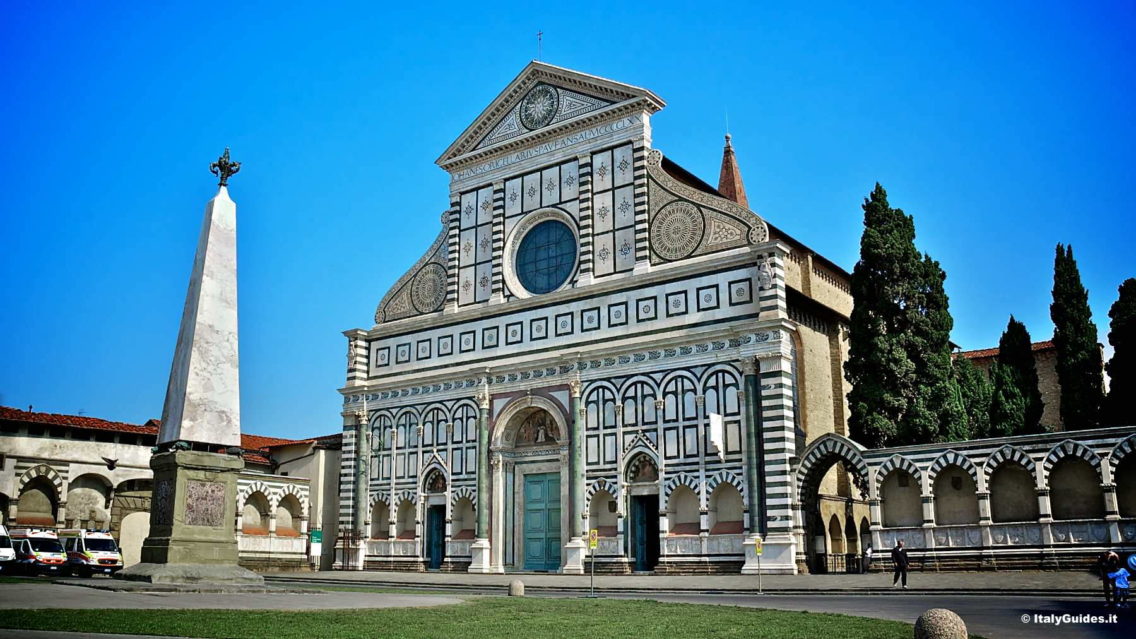