The Basilica di San Lorenzo is one of the largest churches of Florence, and the burial place of all the principal members of the Medici family from Cosimo il Vecchio to Cosimo III. It is one of several churches that claim to be the oldest in Florence; when it was consecrated in 393, it stood outside the city walls. San Lorenzo was also the parish church of the Medici family. The Basilica houses among others numerous pieces of art, including Bronzino’s fresco of The Martyrdom of St Lawrence, the two Donatello’s bronze pulpits, The Marriage of the Virgin, by Rosso Fiorentino and tomb of Giovanni and Piero De’ Medici by Andrea del Verrocchio. 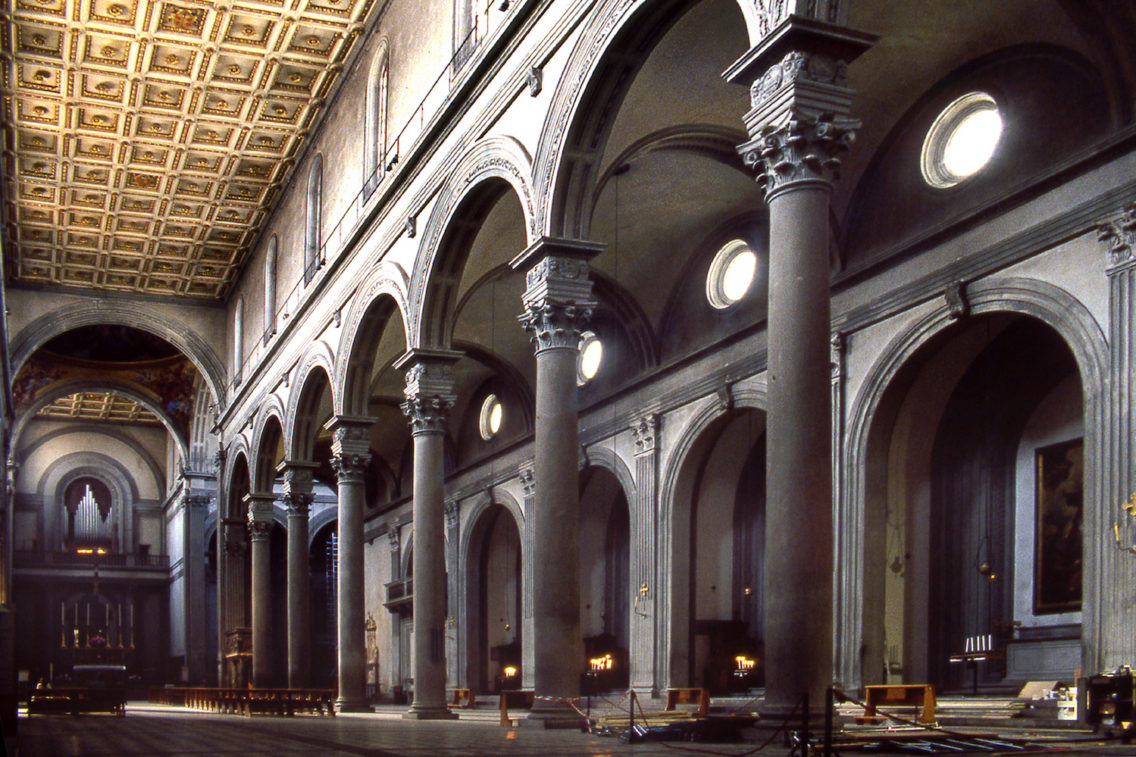