The Santissima Annunziata is a Renaissance-style, Roman Catholic minor Basilica in Florence. This church is entered from the Chiostrino dei Voti. The Baroque decoration of the church interior was begun in 1644, when Pietro Giambelli frescoed the ceiling with an Assumption as a centerpiece based on designs by Baldassare Franceschini. The 1st chapel to right contains a Madonna in Glory by Jacopo da Empoli, with walls frescoed by Matteo Rosselli. The 5th chapel on the right contains a Monument to Orlando de’ Medici (1456) by Bernardo Rossellino. The right transept has a small side chapel has a Pietà (1559) by Baccio Bandinelli and graces his tomb. Leonardo da Vinci himself worked in this Basilica from 1500, he ultimated two cardboards of a Madonna and a Sant’Anna. The two works location is anyway still unknown. 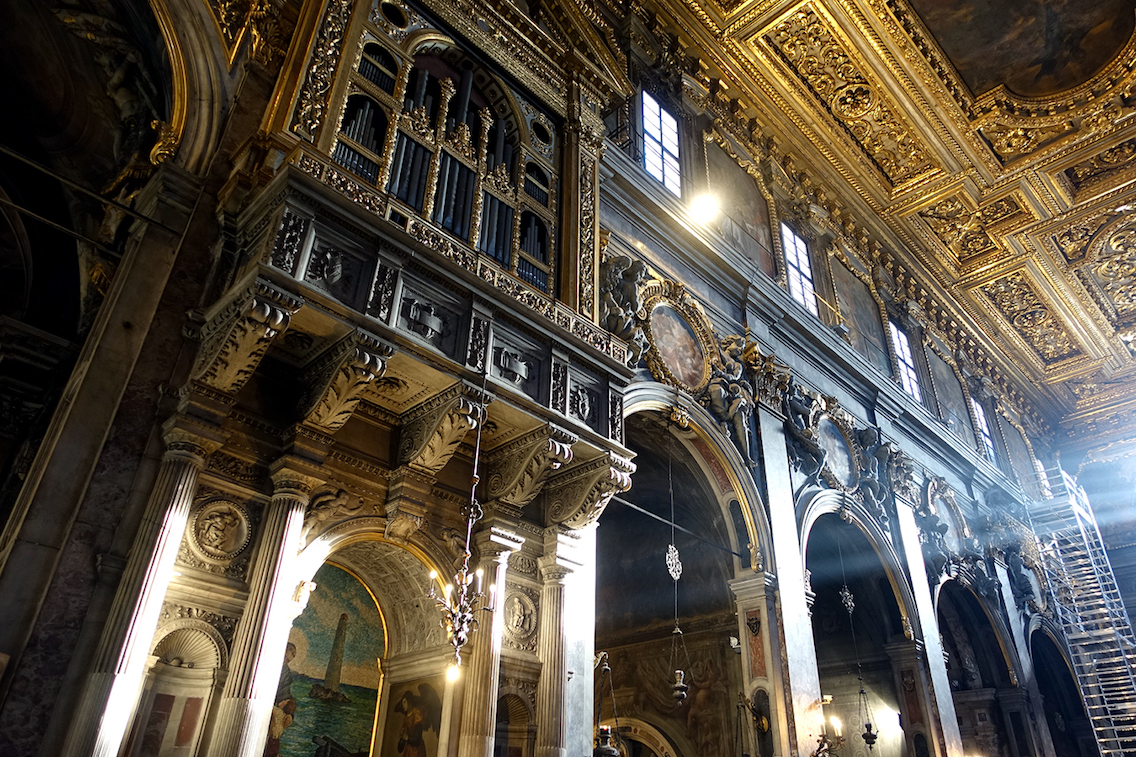