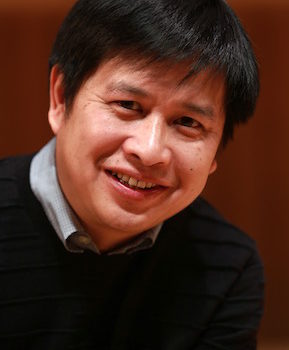 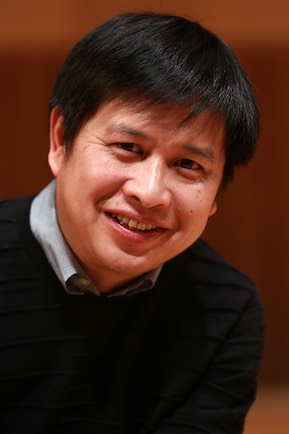 Yang Li is a professor of conducting at the Central Conservatory of Music, Principal Conductor of Tianjin Symphony Orchestra, Resident Conductor of the Children and Young Women‘s Chorus of National Symphony Orchestra, Director and Conductor of Beijing Philharmonic Chorus. Yang Li was born in a musical family and started learning music since early childhood. In 1990, Yang received his Bachelor’s degree from the Conducting Department of Central Conservatory of Music, where he studied under Prof. Xu Xin, among others. In 1997, he graduated with an “Artist Diploma” from Stuttgart Conservatory of Music in Germany, where he was tutored by the famous German conductor Thomas Ungar. During his time in Stuttgart, Yang became the first musician from China to win H. von Karajan Foundation scholarship. Upon graduation from Stuttgart Conservatory of Music, Yang Li returned to China to teach in the Conducting Department of the Central Conservatory of Music in Beijing. Cooperating with orchestras and artists from China and abroad, he has performed a large number of symphonies, chamber music, operas and choral works both in and outside of Mainland China. He has been invited to take part in the Bach Music Festival in Stuttgart, Macau International Music Festival, and the 1999 Moscow Young Talent Music Festival commemorating Alexander Pushkin’s 200th birthday anniversary. Yang Li is also an avid promoter of Chinese modern music. He conducted Shanghai Philharmonic Symphony Orchestra and Tianjin Symphony Orchestra at the China Modern Music Festival in 2002, 2006 and 2007. In February 1998, the Chinese Ministry of Culture awarded Yang Li “Wen Hua Prize” for his excellent performance in conducting the opera production General She Leng. In the last 10 years, Yang Li led the Children and Young Women’s Chorus of the China National Symphony Orchestra to win the top awards in 18 different international choral competitions, while collecting three Best Conductor awards for himself, one from the 2006 Busan Choral Festival and Competition, one from “The Singing World” (the 7th International Choir and Vocal Ensemble Competition in St. Petersburg in 2011, and another one from the 54th Seghizzi Choral Singing Competition in 2015, Italy. In recent years, Yang Li has been invited to sit on the judging panels for many international choral competitions, including the 2007 Busan International Choral Competition; the 61st Japanese Choral Competition in 2008; the 7th, the 8th and the 9th World Choir Games held in Cincinnati, United States in 2012, in Riga, Latvia in 2014 and in Sochi, Russia in 2016; the 55th Seghizzi Choral Singing Competition in 2016, Italy. While focusing on music education and concert performance, Yang Li also plays an important role in the academic world, publishing in professional journals including Journal of the Central Conservatory of Music and Journal of Tianjin Conservatory of Music. He recently published a text book on conducting titled Modern Conducting Techniques by Central Conservatory of Music, Beijing.