This most imposing chamber has a length of 52 m (170 ft) and is 23 m (75 ft) broad. It was built in 1494 by Simone del Pollaiolo, on commission of Savonarola who, replacing the Medici after their exile as the spiritual leader of the Republic, wanted it as a seat of the Grand Council (Consiglio Maggiore) consisting of 500 members. Later the hall was enlarged by Giorgio Vasari so that Grand Duke Cosimo I could hold his court in this chamber. During this transformation famous (but unfinished) works were lost, including the Battle of Cascina by Michelangelo and the Battle of Anghiari by Leonardo da Vinci. 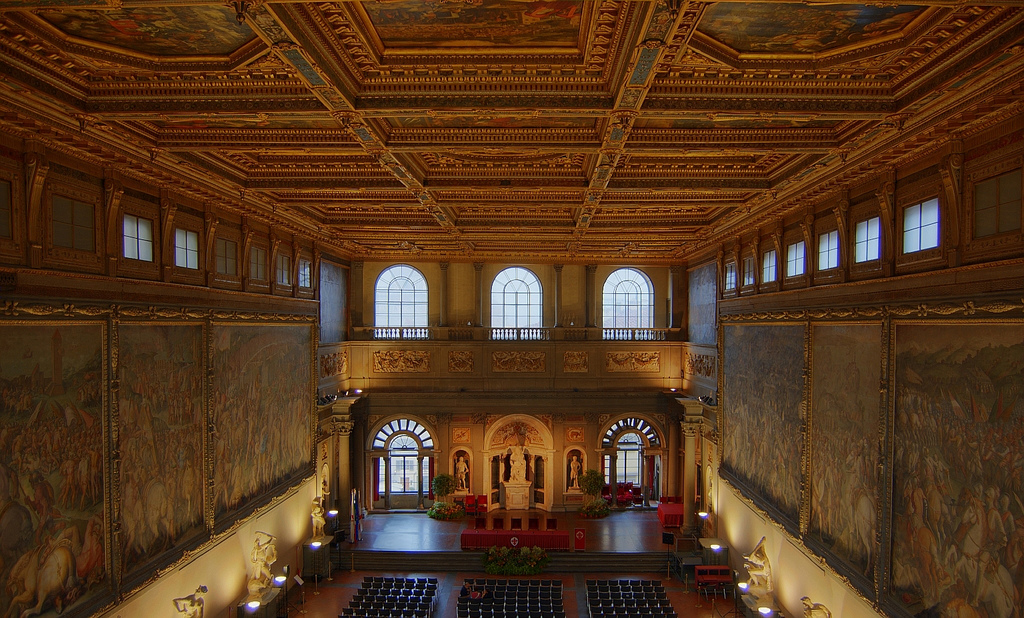