The palace was designed by Michelozzo di Bartolomeo for Cosimo de’ Medici, head of the Medici banking family, and was built between 1444 and 1484. It was well known for its stone masonry, which includes architectural elements of rustication and ashlar. The open colonnaded court that is the center of the palazzo plan has roots in the cloisters that developed from Roman peristyles. The once open corner loggia and shop fronts facing the street were walled in during the 16th century. They were replaced by Michelangelo’s unusual ground-floor “kneeling windows” (finestre inginocchiate) with exaggerated scrolling consoles appearing to support the sill and framed in a pedimented aedicule a motif repeated in his new main doorway. The palace was the site of the wedding reception between Ferdinando de’ Medici, Grand Prince of Tuscany and Violante Beatrice of Bavaria in 1689. 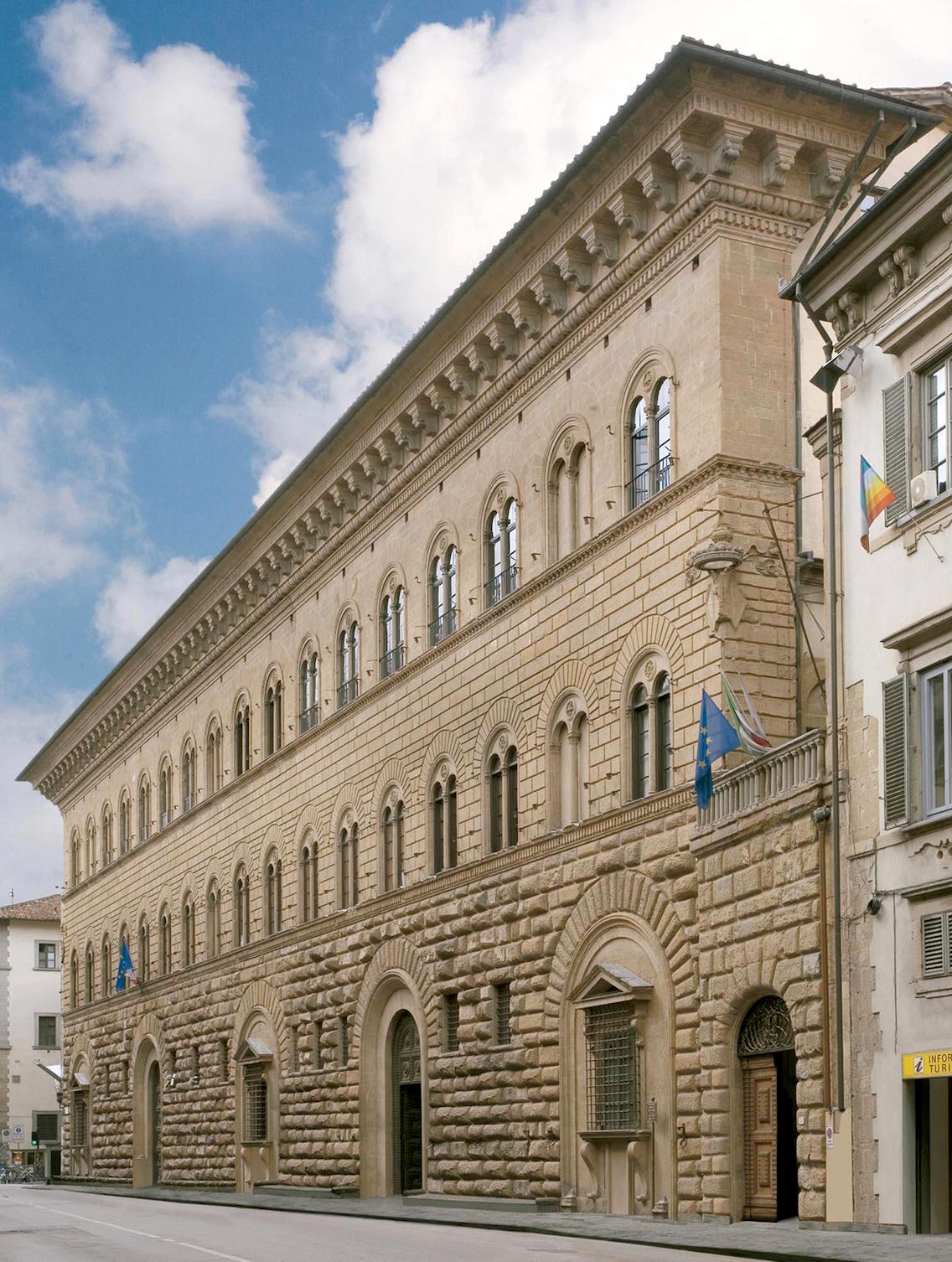