Santa Felicita is a Roman Catholic church in Florence, region of Tuscany, Italy, probably the oldest in the city after San Lorenzo. The Vasari Corridor passes through the façade of this church and on the inside there is large window, covered by a thick gate, where the Grand Dukes of the Medici family used to listen to the mass without being seen by the people staying at ground level. The Barbadori (or Capponi) chapel dates to the 15th century (1419-1423); it was designed by Filippo Brunelleschi and when the patronage passed to Lodovico di Gino Capponi, the decoration was entrusted to Pontormo, who worked on it from 1525 until 1528. The painting of the vault has disappeared but in the chapel can still be seen the Four Evangelists in the pendentives and two of the greatest masterpieces by Pontormo: the Virgin and the Angel Gabriel on the side wall and the altarpiece of the Deposition above the end altar. 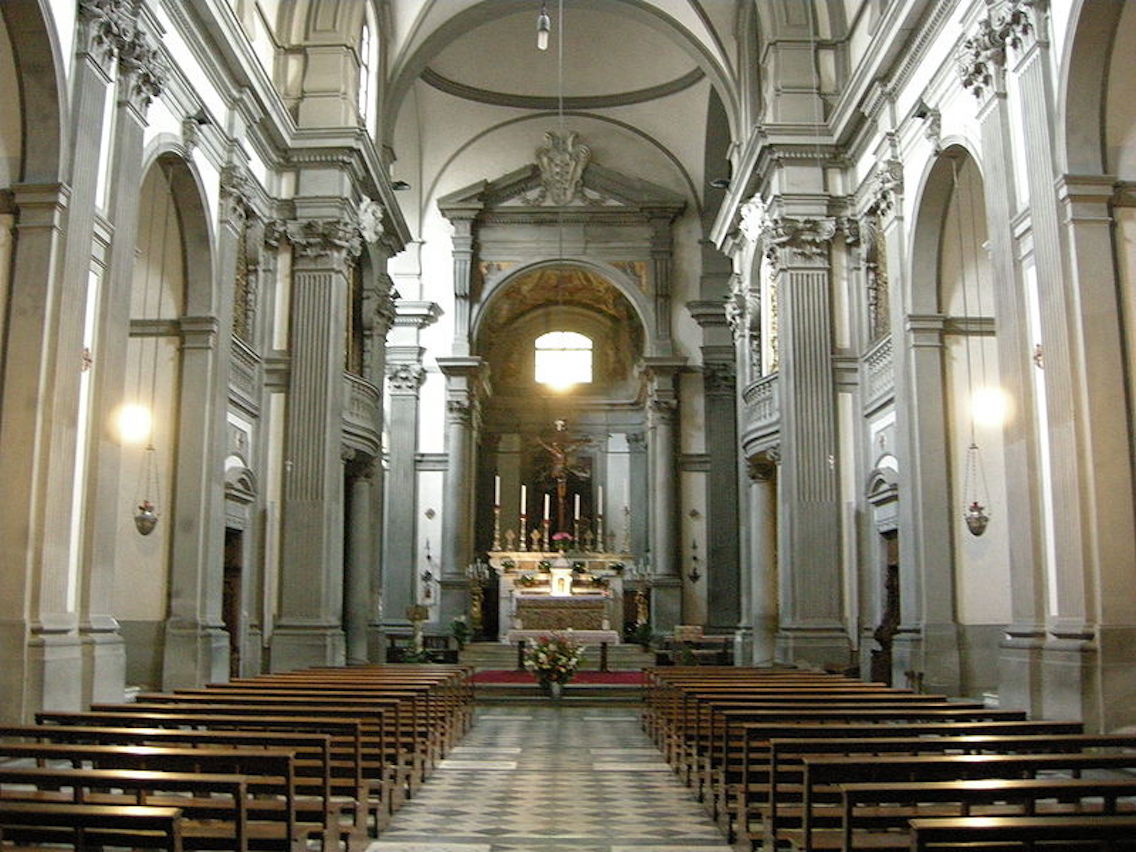