The Basilica di Santa Croce is the principal Franciscan church in Florence. It is the burial place of some of the most illustrious Italians, such as Michelangelo Buonarroti, Galileo Galilei, Niccolò Machiavelli and Gioacchino Rossini. The Basilica is the largest Franciscan church in the world. Its most notable features are its sixteen chapels, many of them decorated with frescoes by Giotto and his pupils. Legend says that Santa Croce was founded by St Francis himself. The construction of the current church was begun on 12 May 1294. The building’s design reflects the austere approach of the Franciscans. The floor-plan is an Egyptian or Tau cross (a symbol of St. Francis), 115 metres in length with a nave and two aisles separated by lines of octagonal columns. To the south of the church was a convent, some of whose buildings remain. The Primo Chiostro, the main cloister, houses the Cappella dei Pazzi. Filippo Brunelleschi (who had designed and executed the dome of the Duomo) was involved in its design which has remained rigorously simple and unadorned. 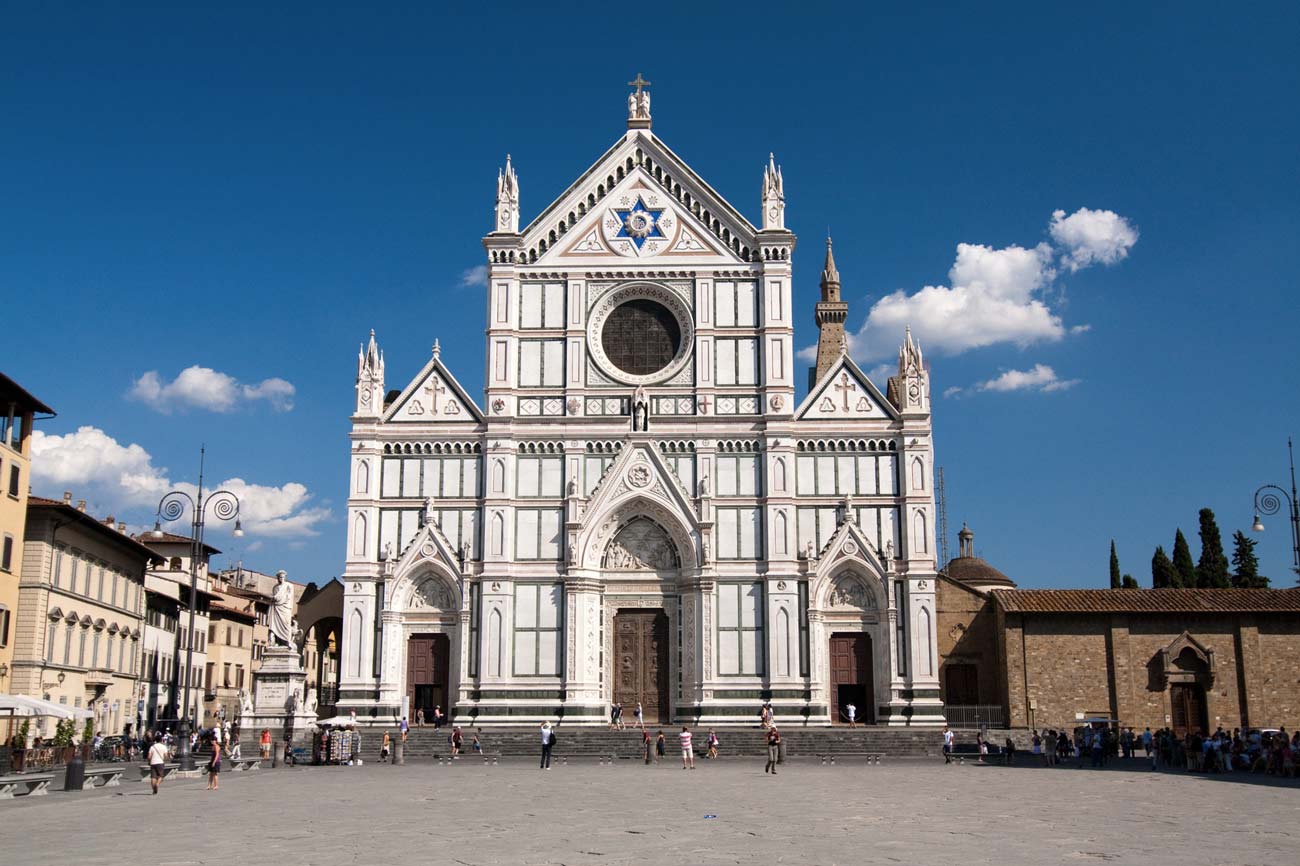